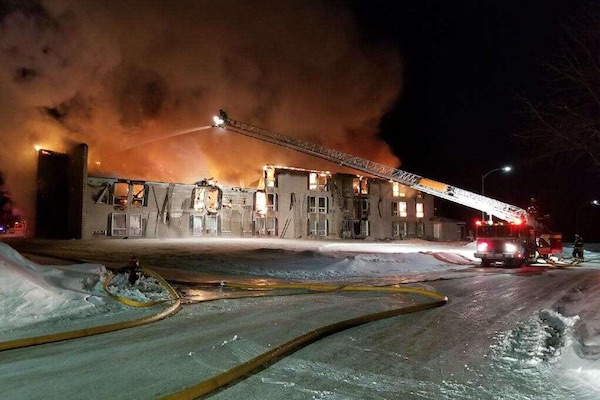 Fire crews battle a blaze at the Interior Inn in Thompson, Manitoba on January 1, 2018. (RCMP HANDOUT)

Twenty-six firefighters were called in New Year’s Day to battle a blaze at the Interior Inn in Thompson, Manitoba.

The three-story complex erupted in flames at around 4 p.m.

According to fire chief John Maskerine, 14 rooms of the 45-room hotel were booked.

The building was evacuated and no injuries were reported.

Fire crews in the community fought a similar blaze in another three-storey building on Saturday.

The hotel fire was still smouldering as of Tuesday morning, according to RCMP.