Winnipeg Pilot in Hospital After Aircraft Crashes, Flips into Swamp 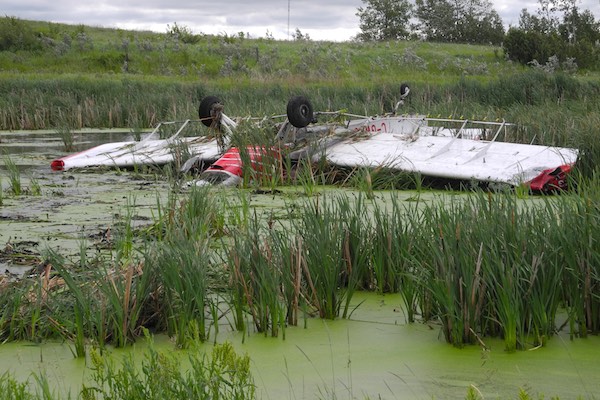 A Winnipeg pilot is in hospital after his aircraft lost control and flipped in Russell, Manitoba on Wednesday, July 4, 2018. (RCMP HANDOUT)

A Winnipeg pilot is in hospital after the aircraft he was attempting to land lost control and flipped into a swampy area on Wednesday.

The crash happened shortly before 10 a.m. at the Russell Airport off Highway 16. RCMP say the crop duster was heading southbound trying to land on the runway when it flipped.

The 53-year-old pilot received minor injuries in the crash.

Police say winds were strong at the time.

The runway was shut down temporarily but has since been reopened. The Transportation Safety Board is investigating.