Manitoba Named Slurpee Capital of the World for 19th Year 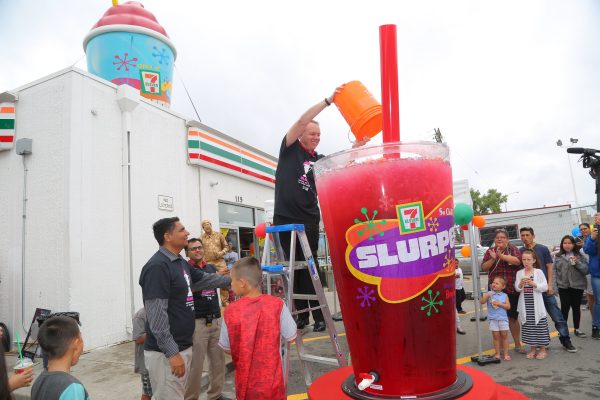 WINNIPEG — For the 19th year in a row, Manitoba has retained its title as Slurpee Capital of the World.

7-Eleven says Manitobans have once again purchased the most Slurpees per capita as the convenience store chain prepares for its annual 7-Eleven Day on July 11 (7/11).

“It may be our birthday, but we are giving back to our fans who support us every step of the way,” said Doug Rosencrans, vice-president and general manager of 7-Eleven Canada.

Rosencrans says the chain is giving away nearly 900,000 free small Slurpee drinks on that day at its 590 Canadian stores, while offering exclusive summer Slurpee flavours.

To celebrate, the City of Winnipeg will also rename a street in Westwood as honourary “Slurpee Way” on a stretch of Rouge Road between Portage Avenue and Byrd Avenue.