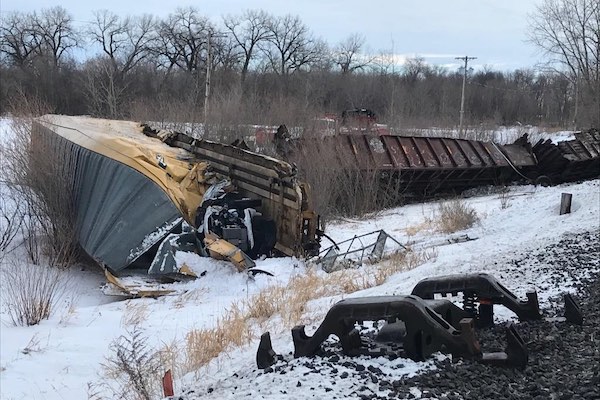 A CN Rail train derailed east of Portage la Prairie on Thursday, January 3, 2019. The Transportation Safety Board will have investigators on scene Friday. (RCMP HANDOUT)

CN says nothing dangerous was spilled, although some fuel leaked from the locomotives.

RCMP blocked off road traffic and made sure that the crew was safe.

No one was hurt.

There was no immediate word on the cause of the derailment and a Transportation Safety Board team is en route to investigate.