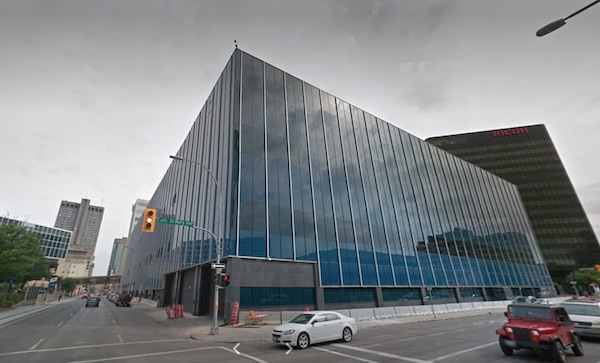 WINNIPEG — Criminal charges will not be laid after a five-year investigation into the construction of the Winnipeg Police Service headquarters.

Known as Project Dalton, Manitoba RCMP began investigating in October 2014 and raided the south Winnipeg offices of Caspian Construction as part of their probe. The firm was the primary contractor hired to redevelop the former Canada Post building into the $214 million police HQ downtown.

The raid was based on RCMP information that Caspian inflated and altered subtrade invoices and quotes to defraud the City of Winnipeg out of millions of dollars.

Mounties expanded their investigation in 2016 to include the construction of the new Canada Post mail processing plant near James Richardson International Airport.

Manitoba Justice’s Manitoba Prosecution Service (MPS) reviewed the evidence in both projects and determined no charges will be laid against individuals or corporate entities.

Officials examined more than six terabytes of data seized by police, consisting of 347 gigabytes of evidence including over 1,300 electronic folders and over 36,000 electronic files.

In order to lay a charge, there must be sufficient evidence to support a reasonable likelihood of conviction, along with whether charges are in the public interest.

After a comprehensive review of the legal issues, MPS concluded there isn’t sufficient evidence to approve any criminal charges as there is not a reasonable likelihood of conviction.

Winnipeg Mayor Brian Bowman is calling on the province to launch a public inquiry into the matter.

“We owe it to taxpayers — we serve the same taxpayer — and we owe it to them to get to the bottom of this,” Bowman said. “What we don’t want to see is this swept under the rug.”