Home » The Canadian Press » ‘A Chance to Start a Conversation:’ Man Behind Mr. Covid Ads Happy with Reaction

‘A Chance to Start a Conversation:’ Man Behind Mr. Covid Ads Happy with Reaction

By Fakiha Baig, The Canadian Press 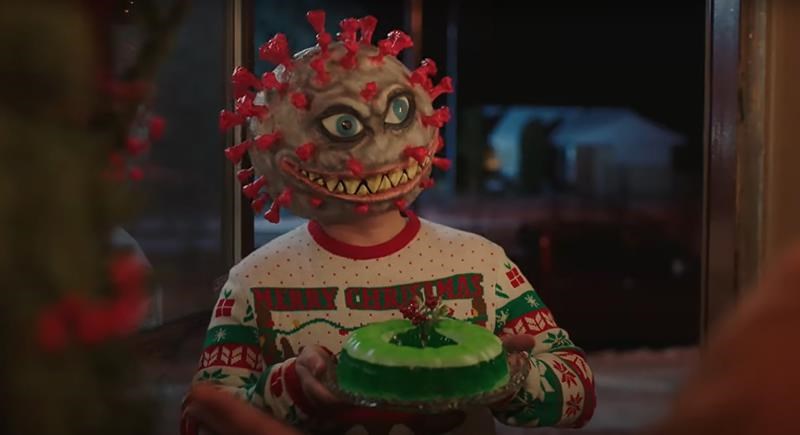 A character being called “Mr. Covidhead” is shown in this screengrab taken from a Government of Alberta video as part of their campaign to remind Albertans how stealthy and fast COVID can spread through any social gathering. (THE CANADIAN PRESS/HO, Government of Alberta, covidloves.ca)

EDMONTON — It was the slogan of another COVID-19 ad that inspired Kurt Beaudoin to create a funny yet villainous character who has already become a household name in Alberta.

“Covid loves to mingle,” the 45-year-old recalled reading on a government billboard. The creative storyteller at Edmonton’s ZGM Modern Marketing Partners and his colleagues later came up with a series of public service ads for a campaign launched by the province last week.

Mr. Covid, or Creepy Uncle Covid, and his grey, oversized head with protruding red spikes and a wide twisted smile, is the main character in the $2-million campaign called “Covid Loves.”

Beaudoin says the anti-hero, like the novel coronavirus, can blend seamlessly into any environment and spread an infection that has killed thousands of Canadians.

In one ad, Mr. Covid is an uncle who breathes on the faces of his relatives as he reaches for mashed potatoes at the dinner table. In the second ad, the social-distance violator is a frat boy doing the chicken dance at a crowded house party.

More than 400,000 people have watched the ads, Beaudoin says.

Premier Jason Kenney’s government approached the agency two months ago, he said, to create a relatable campaign for people between 18 and 40, who make up a mounting number of cases in the province.

“So that was the brief… to try and get something that would influence their behaviour to just start doing more of the right things consistently.”

He and three co-workers sat in a Zoom call and began throwing out ideas.

“We were, like, ‘It’d be pretty funny if we personified COVID.'”

The ads feature actors from Alberta and the province’s chief medical health officer has stressed that proper physical-distancing protocol was followed during filming.

A Fort Saskatchewan company just outside of Edmonton sculpted the foam, rubber and plastic head of Mr. Covid.

The owner of Ravenous EFX said his company has been bombarded with phones calls from Albertans demanding Mr. Covid merchandise.

“I’ve been getting contacted by people that are wanting either collectible statues or mask replicas and things like that,” says Travis Shewchuk.

“It’s been crazy the amount of weird requests we’ve had, even down to Christmas ornaments.”

The Royal Alberta Museum has also reached out to Shewchuk and asked for a replica of the head for an upcoming instalment about COVID-19.

Beaudoin says he couldn’t be happier about the response — the good and the bad.

Boudoin says the real ads turned to humour to get people’s attention.

“I get why people would say, ‘Hey, how can anybody make light of something that’s cost people their lives?’ But spending money on yet another message that sets (the) same tone as this whole avalanche that’s been coming from the world … we just didn’t think would be responsible use of money because it just wasn’t breaking through.”

He says the worst thing for an ad is be ignored.

“We really think the best thing this can do is give people a chance to start a conversation in a different way than they might have before.”

Beaudoin says there will be more Mr. Covid ads ahead of Christmas and New Year’s. He will also make an appearance on the video-sharing social media platform TikTok.