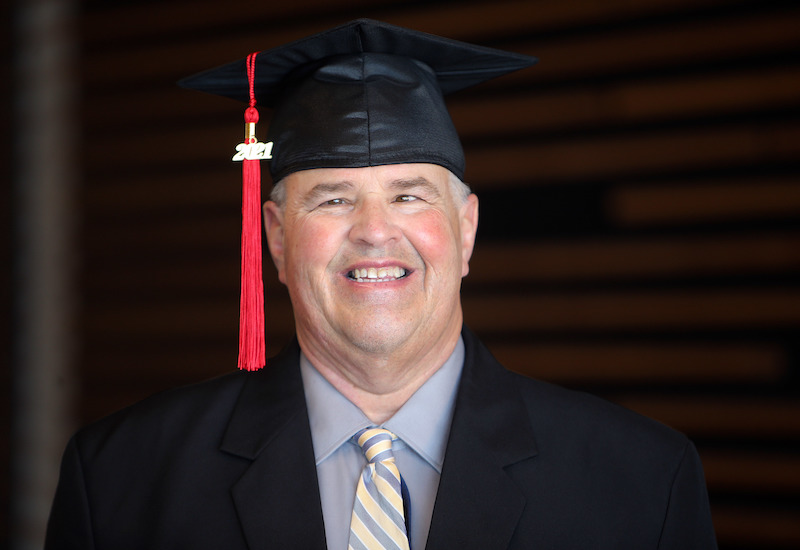 WINNIPEG — A community champion with seamlessly unlimited energy and devotion to sports and volunteerism is being honoured by Red River College.

Gabriel Langlois, better known to Winnipeggers as Dancing Gabe, will receive an honorary diploma in Community Development from RRC during an upcoming virtual convocation ceremony.

“Gabriel Langlois has made significant contributions to our community and is celebrated by many for his tireless engagement efforts and friendly demeanor,” said Fred Meier, Red River College president and CEO, in a statement.

“When Red River College received his nomination, it included letters of support from leaders across Manitoba, which reinforced his devotion to volunteerism and the positive impact that he continues to have on our communities. While ‘Dancing Gabe’ may be Manitoba’s #1 fan, there is certainly an entire community of us who are fans of the contributions he makes to our province every day.”

Dancing Gabe has been a staple at sports games and other community events across Manitoba for the last 35 years. He recently returned to the stands at Winnipeg Jets games as the lone fan, owing to pandemic public health restrictions.

Langlois was recently honoured this past September when he received the Sovereign’s Medal for Volunteers. He has also previously received the Premier’s Volunteer Award, the Queen’s Diamond Jubilee Medal, and the City of Winnipeg Community Service Award.

Langlois will be presented with his honorary diploma at the 2021 Virtual Winter Convocation Ceremony on Tuesday, February 23 at 3 p.m. The event will be streamed live on the RRC Facebook page.