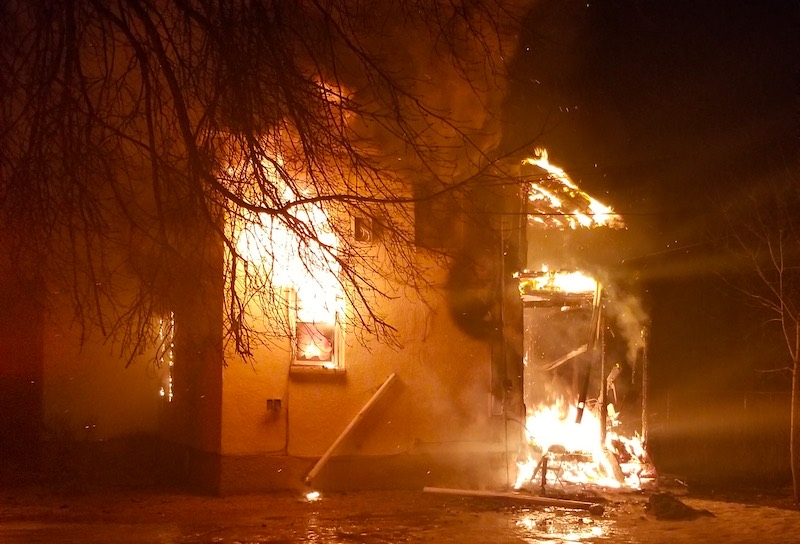 Manitoba RCMP have made an arrest in a porch fire at a Portage la Prairie home early Tuesday.

The blaze broke out just after 3 a.m. at a multi-unit structure on 3rd Street NW.

Officers arrived to find the home engulfed in flames and were told the families who live in the home were able to make it out safely. Firefighters spent the next three hours extinguishing the blaze and confirmed nobody was left inside.

Police say the porch contained a large amount of garbage before the fire began.

RCMP arrested a 24-year-old Portage la Prairie woman on Tuesday on weapons charges and for being unlawfully in a dwelling. Police say the woman was known to have been in the residence at the time of the fire. Officers questioned her about the fire while in custody and it was determined she ignited items on the porch.

She remains in custody on arson charges and other offences. Police aren’t releasing her name out of concerns for her safety.