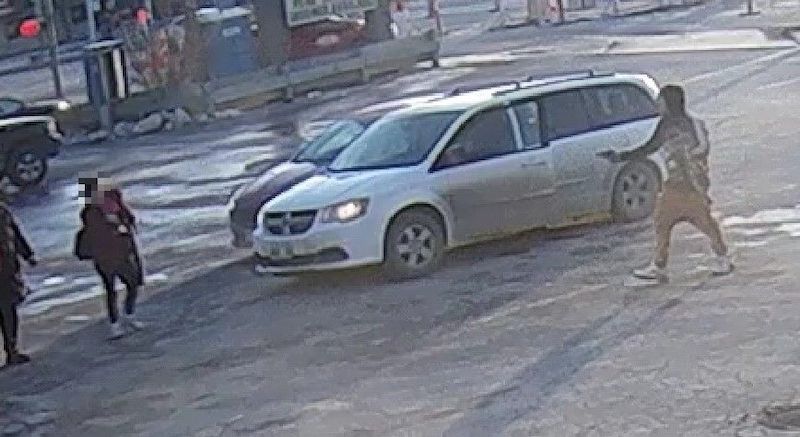 A surveillance photo of an incident involving a man allegedly pointing a gun at people in the 1000 block of Main Street on Saturday, March 6, 2021. (WPS HANDOUT)

Winnipeg police arrested a man on Saturday after he allegedly pointed a gun at several people in the 1000 block of Main Street.

Police say callers reported the man had been involved in a dispute with a group of people earlier.

The tactical support team located the suspect at a nearby bus shelter with several others. Officers were able to deescalate the situation and safely take the man into custody.

The weapon turned out to be a .177 calibre CO2 pistol designed to look like a Makarov semi-automatic handgun replica.

A 20-year-old Winnipeg man has been charged with possession of a weapon, carrying a concealed weapon and two counts of possession of a firearm contrary to a prohibition order.