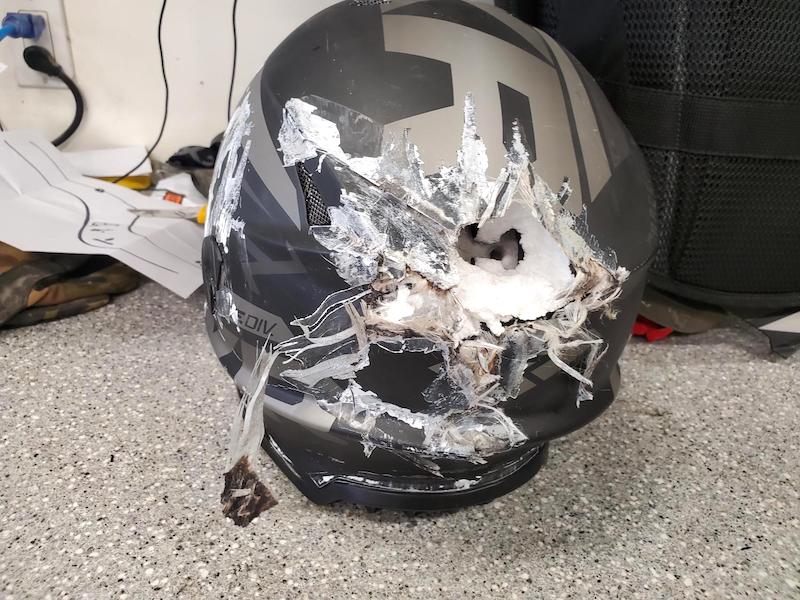 A damaged snowmobile helmet when the rider was involved in a rollover crash on a Manitoba trail, February 21, 2021. (RCMP HANDOUT) 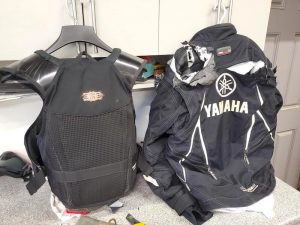 A jacket and vest were also damaged in the crash, highlighting the importance of safety equipment while riding a snowmobile. (RCMP HANDOUT)

Manitoba RCMP have shared photos of safety equipment that likely saved a snowmobiler’s life after a crash last month.

Police released photos on Tuesday showing the aftermath following a collision when a snowmobiler rolled his sled on February 21.

Two groups of seasoned snowmobilers headed out on the trails that afternoon, where they met near Freedom Road. As the groups met on the curve in the road, one snowmobile may have been too far over and tried to correct when the driver saw the oncoming sleds. Police say he overcorrected, causing the machine to roll with the rider still on it. A driver from the other group was thrown from his sled when it collided with the rolling snowmobile.

Two officers from the Falcon Beach RCMP detachment were out on snowmobile patrol and arrived at the scene quickly.

Two 54-year-old men, one from Niverville and one from Winnipeg, both received injuries, with one being sent to hospital.

“A hole in the rider’s helmet went almost all the way through,” RCMP said in a release. “His jacket had extra protection padding, which was now exposed and scraped up. If he had not been wearing this equipment, he likely would not have survived to tell the tale. Without safety equipment, this day would have ended in tragedy.”

No charges were laid and alcohol wasn’t a factor in the collision.