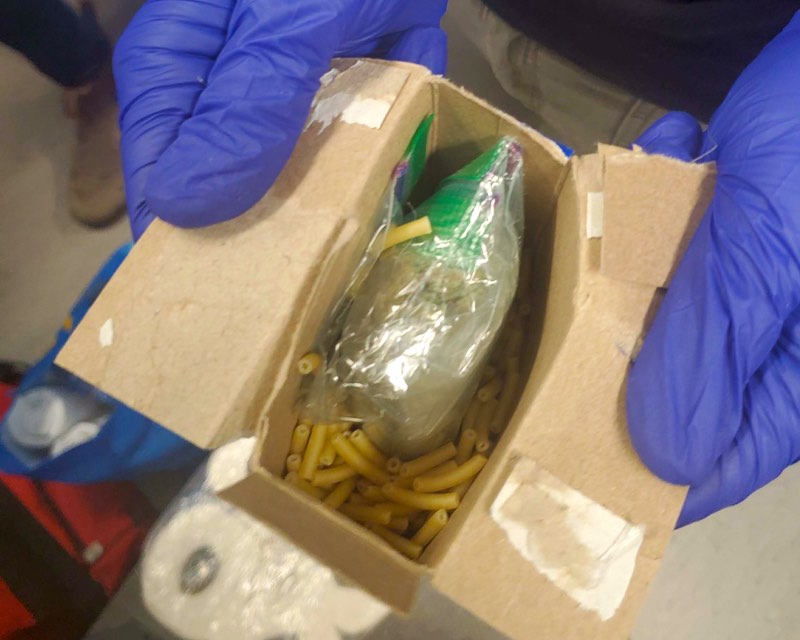 Drugs smuggled into Thompson in KD boxes were seized by RCMP on April 15, 2021. (RCMP HANDOUT)

Police were tipped off about a shipment of illegal drugs arriving in the community on April 15. Officers seized the cargo from a delivery service, which included a case of KD boxes and a box of baby formula, all with altered packaging.

A search warrant was executed the next day at a home related to the shipment on Martin Bay in Thompson. Officers seized another 694 grams of cannabis as well as drug-trafficking paraphernalia.

Mac Labelle, 45, Tina Spence, 31, and Derek Vivier, 46, all of Thompson, were arrested and charged with various offences.

The suspects were released pending a court appearance.