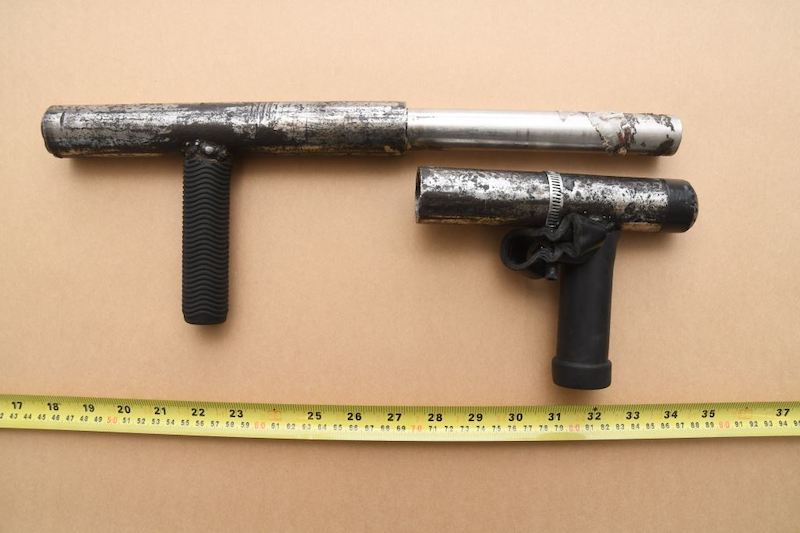 WINNIPEG — Five people have been charged after police seized an improvised firing device during a traffic stop on Monday.

Officers pulled over a vehicle just after midnight in the 400 block of Talbot Avenue, where they spotted a machete in plain view.

All five people were arrested and a further search of the vehicle turned up the firing device with ammunition, as well as additional .22 calibre ammunition.

Four women and a man, all of Winnipeg, were charged with numerous firearms and weapon-related offences.

Three of the women and the man were detained in custody, while the other woman was released on an undertaking.

“Improvised firing devices can be extremely dangerous for both the user or a potential victim,” police said in a release. “Unlike commercially manufactured firearms, these weapons are pieced together and not safely engineered, making them unpredictable and potentially deadly.”