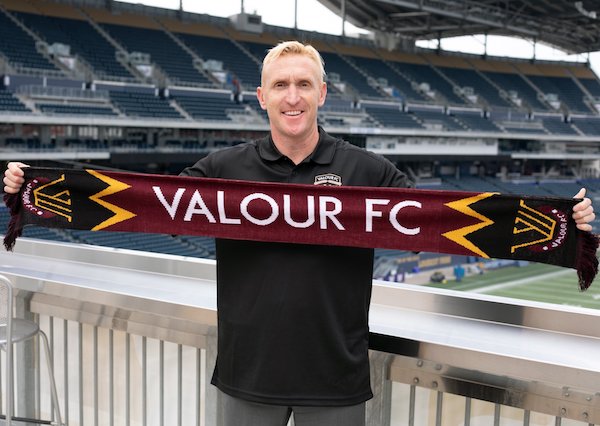 Rob Gale has been fired as head coach and general manager of Valour FC. (@VALOURFOOTBALL / TWITTER)

The club has replaced Gale with Phillip Dos Santos as the new GM and head coach. Dos Santos, a native of Montreal, was most recently the assistant head coach of the Vancouver Whitecaps FC (MLS).

“This morning Rob Gale was informed of the decision that we would not be renewing his contract heading into 2022 as Valour’s GM and head coach,” said Valour FC president and CEO Wade Miller.

“I want to thank Rob for all his work in our organization, for laying a strong foundation for the club, and for his best efforts in coaching the club. This is a results-driven business and those results have fallen short of our expectations.”

Valour has a 7-2-9 record to date in the 2021 Canadian Premier League season and is currently three points out of the fourth and final playoff position with 10 matches remaining.

Rob Gale has been relieved of his duties as Valour FC GM and head coach, effective immediately.

Phillip Dos Santos has been named Valour FC’s second General Manager and Head Coach and will be taking over immediately.