Tensions High Between Vaccinated and Unvaccinated in Canada, Poll Suggests 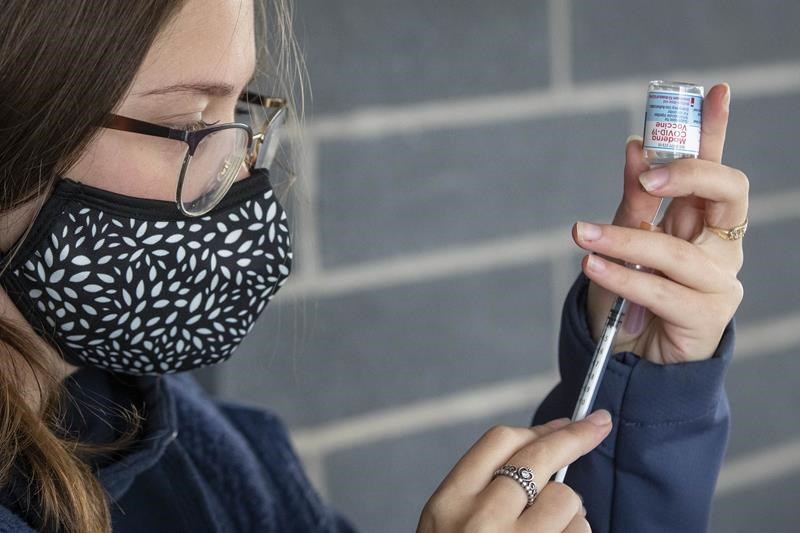 A new poll suggests tensions over COVID-19 vaccines in Canada are high as frictions grow between those who are vaccinated against the virus and those who are not.

The Leger survey, conducted for the Association of Canadian Studies, found that more than three in four respondents hold negative views of those who are not immunized.

Association president Jack Jedwab says the relationships between vaccinated and unvaccinated Canadians are also viewed negatively by two out of three survey participants.

The online poll surveyed 1,549 Canadians between September 10 and 12.

A margin of error cannot be assigned to online polls, as they are not considered truly random samples of the population.

The survey found vaccinated people consider the unvaccinated as irresponsible and selfish, a view contested by those who are not immunized.

Some members of the latter group have been staging demonstrations outside hospitals and schools in recent weeks to protest vaccine passports and other public health measures.

“There’s a high level of I would say antipathy or animosity toward people who are unvaccinated at this time,” Jedwab said. “What you are seeing is the tension played out among family members and friends, co-workers, where there are relationships between people who are vaccinated and unvaccinated.”

The situation creates friction and it is persistent, he added.

The survey results, he noted, also suggest the tensions between vaccinated and unvaccinated Canadians are on par with some of the other social, racial and cultural issues that divide the population.

“My sense is a lot of negative sentiment people feel towards certain groups is getting displaced by their feeling of antipathy toward those people who are unvaccinated,” he said.

Jedwab said the survey also found divisions among people who are not immunized, with about one in four unvaccinated respondents holding negative views towards others with the same inoculation status.

The survey findings suggest that unvaccinated people personally justify their reasons for not being immunized, but will reject others’ decision to follow the same course, said Jedwab.

An earlier association poll suggested unvaccinated Canadians are more worried about getting the vaccine than contracting COVID-19, and most Canadians would refuse to allow unvaccinated adults into their homes.

Jedwab said he expected tensions between the vaccinated and unvaccinated to ratchet up even higher as governments and employers continue to push for more people to get their shots.