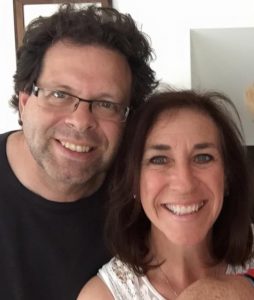 A concert series spanning the entire country will raise awareness of suicide prevention on Saturday.

Venues on university campuses in 13 communities, including Winnipeg, will bring together Canada’s finest musicians for World Suicide Prevention Day.

Edmonton-based Mysterious Barricades Concert Society is behind the event, organizing 18 hours of music.

“I’m no expert, but it seems to me that those who are affected by mental illness feel disconnected from the world around them,” said Elizabeth Turnbull, Edmonton opera singer and brainchild of the first-ever event.

Turnbull lost her husband, Chris Kubash, to suicide in September 2015.

“I want people at risk of suicide to know how much their lives matter, and that we as a country and a community wish for the stigma of mental illness to become a thing of the past.”

The hope is the concerts will educate people of resources in their communities to help them and their loved ones.

“A substantial conversation needs to take place about mental illness and suicide. I want to start that conversation with music — to raise hope, raise awareness about the problem, and help educate the public about the supports available.”

This national event is presented in partnership with the Canadian Mental Health Association and a number of its local chapters across Canada, and the Canadian Association for Suicide Prevention.

Winnipeg’s concert will be held at Canadian Mennonite University in the Great Hall from 3 p.m. to 4:30 p.m. Admission is free.