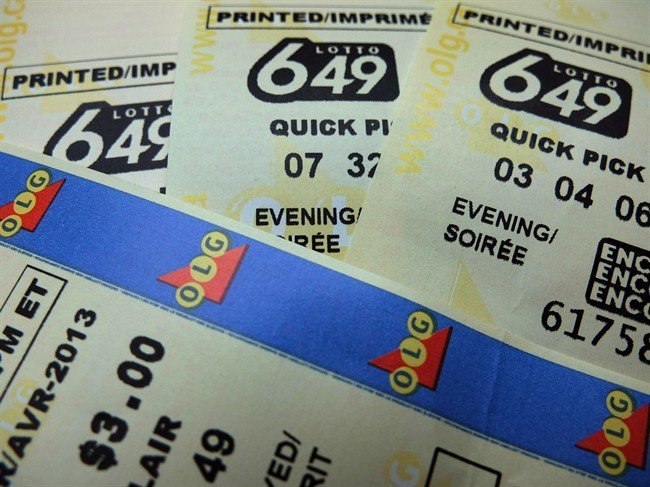 Lotto 649 tickets are shown in Toronto in on December 2, 2013. (THE CANADIAN PRESS/Richard Plume)

TORONTO – This should be an especially happy holiday season for at least one Lotto Max player.

There was just one winning ticket for the $60 million dollar jackpot in Friday night’s draw — and it was purchased somewhere in Ontario.

The exact location has yet to be revealed.

There were also 48 Maxmillions prizes of $1 million each up for grabs, and 20 of them were claimed by a total of 34 ticket holders, meaning some of those prizes will be shared.

Three Winnipeggers and another ticket purchased in Manitoba shared in Maxmillion prizes with one ticket worth $500,000 and the other three worth $250,000 each.

The jackpot for the next Lotto Max draw on Dec. 28 will be approximately $38 million.